(This blog post was originally published November 2, 2013 on my first blog site, which is no longer in existence.)

Hypothesis: In weaving it is generally the case that 8 harnesses will yield a more complex cloth than 4 harnesses.

Results: Not so much. Here’s the deal. The towels that I wove on 8 harnesses could just as well have been woven on 4.

Turned weaves are a trade-off. You turn a weave, often, for the convenience of being able to weave a complex weave structure which, unturned, would require two shuttles. Turning, you weave the cloth with one shuttle and speed up the process. 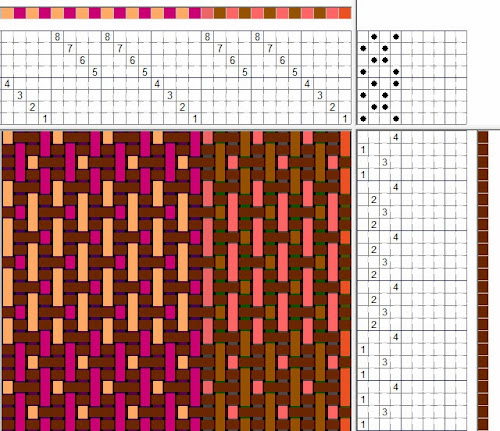 Ok, basic in that I didn’t really use the threading. What I did use here was the tie-up and the treadling. Yup, I only used four treadles and the only difference between Block A and Block B was alternating the tabby treadles (1 and 2).

One tactical error was in the colors I chose and how I used them. You really need high contrast colors for Turned Taquete to work well, and I had gone crazy buying new 10/2 cotton, but the colors I went with, though nice and pretty enough, didn’t have the contrast I needed.

But, I love, love, loved weaving the towels. It was so much fun deciding what the next sequence would be. The texture is wonderful. Still, I could have done them with four harnesses. What do you think? There is so lttle published on Turned Taquete, and maybe I could have figured out a different tie-up or something, but maybe not.

Here is one of the towels posing for its portrait: 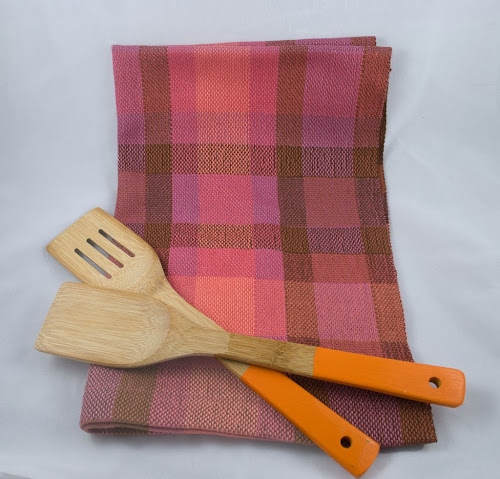 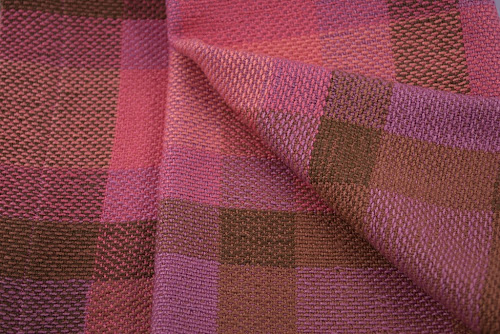 If I had threaded this weave on 8 harnesses using a standard summer and winter structure (which is what Turned Taquete basically is) and woven it with one shuttle, would I have ended up with towels that matched my original vision? What the heck, I have tons more 10/2 cotton…