Home » Turned Taquete » Around and Around in Circles 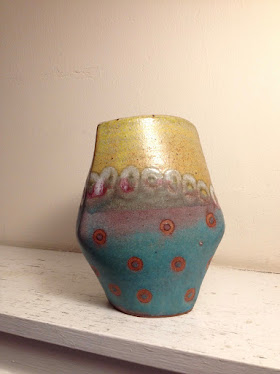 I like things with circles. This is vase is a case in point, and it had me at the dots. (The rest of it is pretty good, too. Unknown student artist from Iowa State University, c. 2003.) And don't get me started about stripes!

This scarf, found in a tiny store in Paris, is another example. I blogged the story of it here. I loved all the variations of circles in a woven fabric. I just had to bring it home with me. 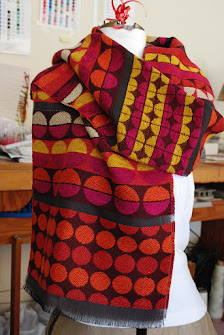 I have an on again, off again obsession with weaving circles, made all the more of an obsession by the fact of my limitation of 8 harnesses. If I had 32, 24, or even 16 harnesses, the difficulty in designing for circles would be much less. But for now, I only have the one loom, and I am stuck. I designed a scarf in Diversified Plain Weave for Handwoven Magazine, May/June 2013. And it started from this graphic: 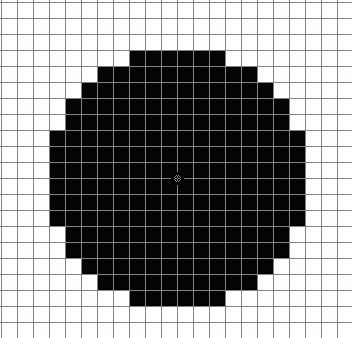 That graphic became this profile draft: 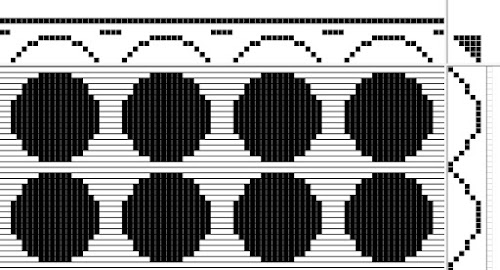 And then it beame this color profile draft: 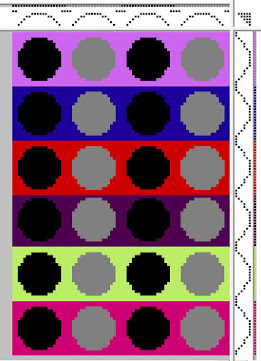 And then it became this scarf on the loom: 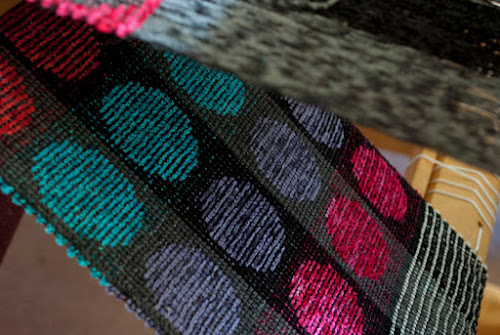 At the time I played with complicating the design by moving the circles into two repeating offset rows. To get to that, the profile draft increased to 8 blocks. Unfortunately, there's not a lot of weave structures that I could substitute into that profile draft that would make an interesting, clean rendering of it, given my 8 harness limitation. Crackle Weave came close, but no cigar. I wanted to try Turned Taquete, and I gave it the old college try, but I soon realized that the way these circles are positioned was not working for me. 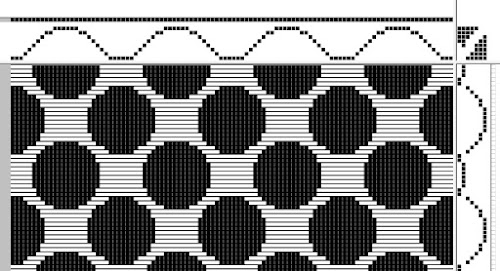 So I tried positioning the circles farther apart. This is the profile draft Ifinally came up with. The cirlces are four blocks each, and I had to tweek the tie-up until I got it to work. 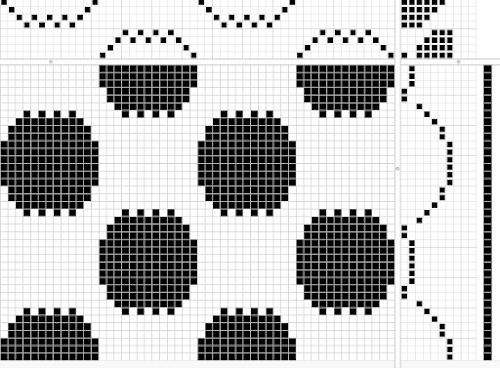 Since moving, I have upgraded my computer and software considerably. I purchased a Macbook Pro and installed Fiberworks PCW (new to me) and upgraded my Pixeloom. So now I have dueling weaving software and they don't do everything equally. I tried echo theadings on both programs, and I was much more satisfied with the result from Pixeloom. Just sayin'.
Here is the final Turned Taquete Circles drawdown. It took a LOT of trial and error and tweeking, but I finally did it. So what shall I weave? 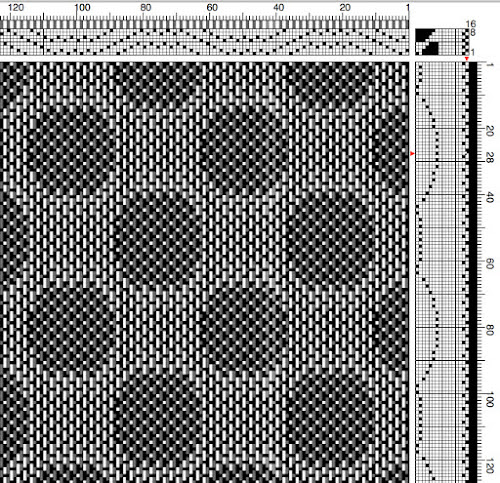