I hope everyone had a good holiday and isn’t too tuckered out after all the festivities. On my to-do list for January: a blog post about my latest batch of Turned Taquete dish towels. 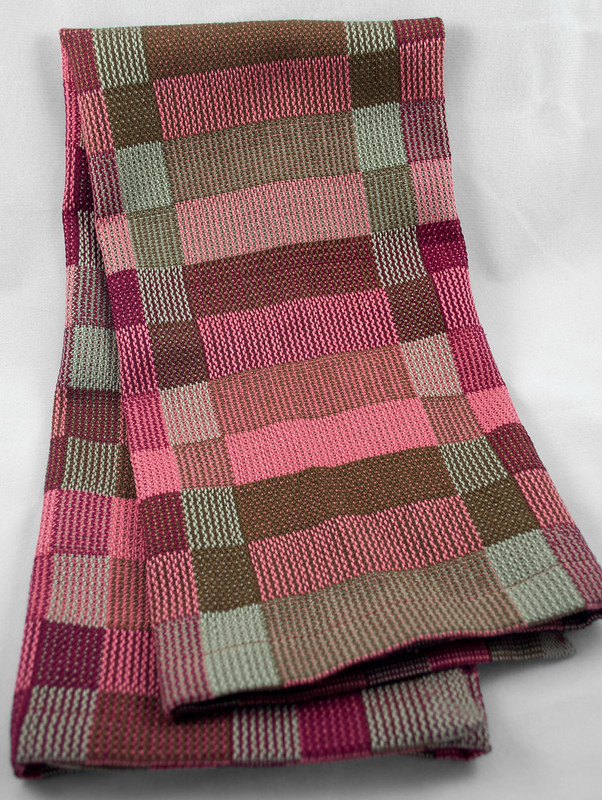 I decided on colors reminiscent of the desert, or clay pots (or something), so I called them Desert Sands. I did four, and I decided to try some variations with weft choice and tie-up/treadling. The results were suprisingly interesting and downright fun. The first two were like the one above. Changing colors and blocks in a sequence that I decided on beforehand, and I like those just fine.

But, I needed a change, so I decided to weave one towel using one color and treadling just one block. It wasn’t boring at all, and it was faster, since I wasn’t changing bobbins every inch or so. The result was the towel below. Suddenly, instead of checks, we’ve got stripes! And I do love me some stripes. 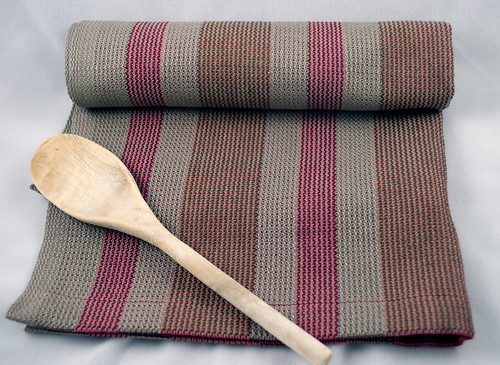 But the fun doesn’t stop there! I really geeked out on the fact that the towel stripes are completely reversible. Voila: 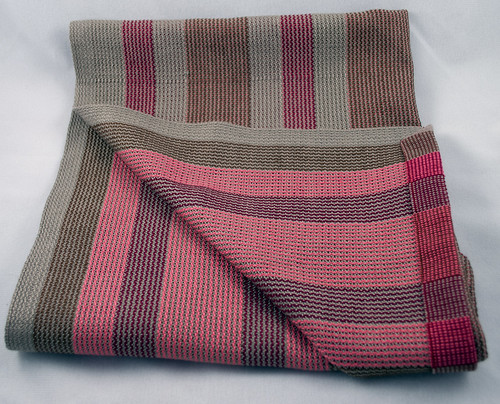 The edges were the only part of the color sequence that were a solid color. All the other threading blocks alternated either dark/light/dark/light or light/dark/light/dark. By treadling a single block with a single color, the alternate warp color, whether or dark or light, always stayed on the back. BTW, this happens with any of the towels that I weave, checked or not, but with the stripes my delight in the process went a little overboard.
I wove the last towel using the stripes idea with a different color weft, but with this one I decided to go out on a limb and try a completely different tie-up and treadling sequence. Because I could. 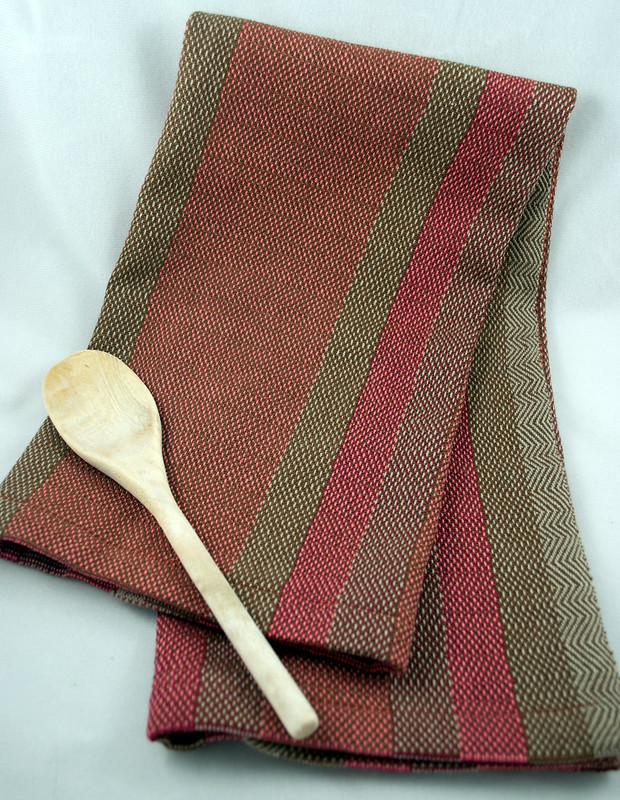 If you look closely at the edge of this towel on the right, you will see a zig-zag twill. That twill appears across the whole towel of course, but you only see it on the edge, because I threaded the edge with the sequence light/light/light/light (same/same/same/same). The middle stripes all aternate, so the twill is a bit more, umm, subtle.
Keep in mind that this version of Turned Taquete is threaded on a straight draw. Never mind the color sequence. Straight draw means you can tie up for twills and you can treadle any twill sequence you want. (Light bulb going off in my head!) However. The twill only shows up in the stripes that do not alternate colors. Check it out. I blogged about this Turned Taquete design earlier:

By inserting non-alternating color stripes in the warp, I was able to create a step-ladder effect in the checks. Now look at it with a twill tie-up and a zig-zag twill treadling: 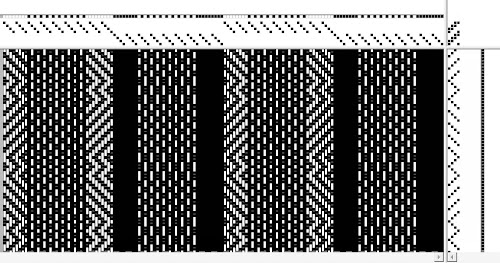 I know, right? (The black sripes are twill too, but they’re black/black so you won’t see it.)
Now, let’s look at roughly the same drawdown in color: 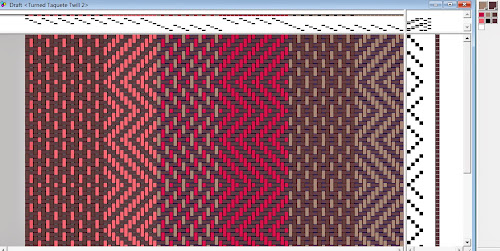 You can really see the zig-zag in the non-alternating color areas. The fact that this is a straight draw threading, while seemingly simple, just upped the potential number of variations on one warp by a ton!

For all the four-harness weavers, it doesn’t make a difference if you do this on four or eight harnesses. I do eight, but I like to utilize all the harnesses on my loom for any project. Saves the dreaded moving heddles chore. So here is the same design on four harnesses: 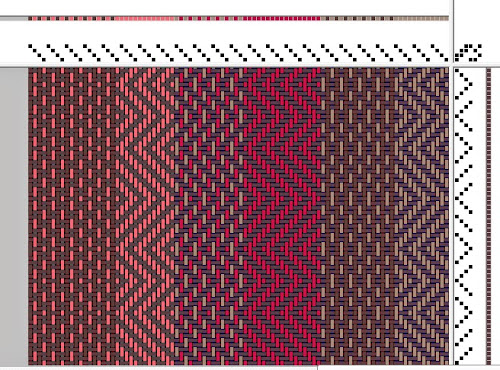